Shoot with this pistol

I was reading somewhere that Antón Pávlovich Chéjov -how come I like full Russian names so much, as they say in novels –“he was a part time writer and a full time Russian”. So during that part time he put together some of the most beautiful stories and literary artwork, and he also left us with Chéjov’s pistol, one of the most respected pieces by novelists, playwrights, and film and television screenwriters: “If in the first act you have a pistol hanging on the wall, then in the next chapter it must be fired. Otherwise don’t put it there”.

We have not hung pistols on the wall, we’ve spawn pistols throughout the house: on the living room table, by the fireplace, on top of the book shelf , on the bedside table, on the desk in the study… We shall see if any was shot in the end -that may be the case – following the Chéjov principle.

Deng Yifú is an up and coming artist in the up and coming Chinese art world. Born in Guangzhou (Canton) in 1974. In 2000 he decided to open a bookshop in his hometown and he combined the management of his artistic practice, using the books as a starting point for his creative work, always referred to as the modern systems of power.

That is how one of his most interesting pieces, that debuted as Yifu Ordnance Bookshop, 2003-2005: a group of original, unique and put together directly by the artist.

It is a set of wooden boxes measuring 21 x 26,5 x 8 cm, in trademark blue, hand painted to also highlight its uniqueness via small imperfections in terms of finish and texture. On their inside we discover the worrying presence of some metacrylate that are wounded in the damaged hearts of old books. Each is different and it is also the pistol of choice for the artist. The model appears to be identified on the side, next to the signature and the year of creation (in the picture, Manurhin MR 96 revolver, made in France).

Applying the “nothing turns out to be more deceptive that what is evident” by Sherlock Holmes, well observed, pistols are not weapons, but rather mere metacrylate silhouettes outlined by transparent Chinese shadows. Furthermore, they are warning signs that they could indeed be the books: knowledge and culture are usually weapons of dominance and violence when they are imposed from a position of power. And Yifú is highlighting this and he is making us aware of it via these old books with the soul of a pistol.

“Knowledge conforms to powerful ideologies and predetermined concepts at all times. Knowledge is power. Contrary to the elementary form of violence, the contemporary is apparently softer and more subtle. neutral and objective, in a persuasive and silent way”.

Well it could have been entitled with this extract from the verses by Federico García Lorca: 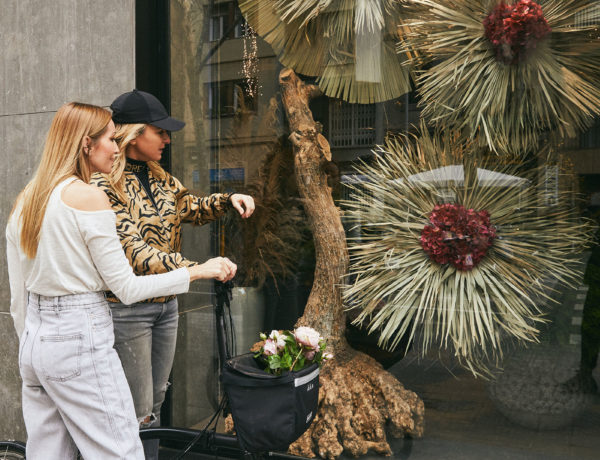 Step into the world of Essentiel Antwerp where joy, color, and surprising prints reign