Last Wednesday, 28th September, I attended the women’s and men’s Autumn-Winter 2022-23 fashion shows by Santa Eulalia. A total of 60 looks came to life in graphic silhouettes nuanced with lovely tweets and sophisticated embellishments, in which urban references shook hands amicably with a more sophisticated bill of patterns.

Some of the key trends for women of the season are evident in looks inspired by the Après-ski style, the preppy mood, the neutral gender, the mix lady punk, a softened Gothic aesthetic …, in which items of clothing such as oversized coats, dresses topped with a thousand and one fringes, tight XXS dresses with cut out openings, super skintight jumpsuits that are like a second skin,  bomber jackets with multicoloured sequins and structured and bulky blazers were the main stars.

In their looks for men – I want to emphasise that I was fascinated – Santa Eulalia presented a very interesting mix of items of clothing and accessories that expertly combined the most extreme sports aesthetics with pieces that have a classic and sophisticated spirit.  Among them, bomber jackets, blazers, padded vests, puffer jackets, joggers, mountain boots, ties…

This year Santa Eulalia are celebrating their 180th anniversary. Founded in 1843 and located on 93 Passeig de Gràcia in Barcelona, Santa Eulalia is a benchmark in the world of fashion nationally and internationally. In its more than 2,000 m2 there is a careful selection of international luxury brands and collections for men and women. A universe that is completed with the tailoring and tailoring atelier in which custom creations are made with the hallmark savoir faire from Santa Eulalia. One of the special touches that according to Pitti Uomo of Florence and The Business of Fashion places it among the 30 best men’s stores in the world.

Post-catwalk, we were able to discover part of the history of Santa Eulalia that has marked its roadmap since 1843. Let me explain.

In 1926 the first haute couture show by Santa Eulalia took place within the walls of the Pla de la Boqueria store, being pioneers in Barcelona. The models, who at the time were called living mannequins, were accompanied by piano music. It should be noted that at that time cinema was still silent… Some of the chairs from that first fashion show are still in the Santa Eulalia store, 96 years later, specifically in the shoemaking section.

In the 1920s and 1930s, advertising posters were made each season announcing the new collections. One of the poster artists who designed the most posters was José Luis Rey. In the poster he made to announce the Autumn-Winter season of 1931, he wanted to give a surprise to Luis Sans, from the fifth generation at the head of the business and the grandfather of the current owner, drawing his wife Montserrat Roig, whom he had married a year earlier.

In 1941 Santa Eulalia was the founder of the Spanish Cooperative of Haute Couture along with four other fashion houses in Barcelona, forming part of what at the time was known as The Big Five of Couture. The first fashion show was in the dome of the Coliseum Theatre on Passeig de Gràcia, moving a few years later to the Imperial Hall of the Ritz Hotel.

In the 60s, Santa Eulalia had 750 employees, mainly sewing specialists in its haute couture workshops and tailoring and tailoring for men. The latter workshops are still active making them some of the few that remain in our country.

Currently, in the store there are dozens of model drawings that were used to make the haute couture collections. At that time the designer told a ‘drawer’ the models he had in mind. She drew in pencil the front and back of the suggested model, and colored them. Later the designer had just chosen the ones he wanted for the collection and sewed with a needle a piece of each of the fabrics he had chosen to make them. From there, in the corresponding workshop, an outline was made with calico (low quality cotton), it was refined and when it was compliant, the pattern was made in a size 42. Finally, from this pattern another was made with the real measurements of each client.

The haute couture customers could not try the outfits themselves since they were all made exclusively in size 42. To do this, Santa Eulalia had fixed models that issued a private pass to each client to choose what she liked the most. Once the fabric and colour were chosen, small modifications were proposed together with the designer. Subsequently, the client went two or three times to have fittings so that the suit or dress would fit perfectly.

“My family has been linked to Santa Eulalia for more than a century. As a member of the fourth generation and together with my wife, Sandra Domínguez, it is a pleasure to share the values that have made this store dedicated to fashion a benchmark for luxury in Barcelona. Offering a selection of the best in the world of fashion, creating comfortable spaces where all the details are taken care of and giving the best service to our customers. A fascinating task to which we dedicate ourselves with the same vocation that we were born with 180 years ago.” 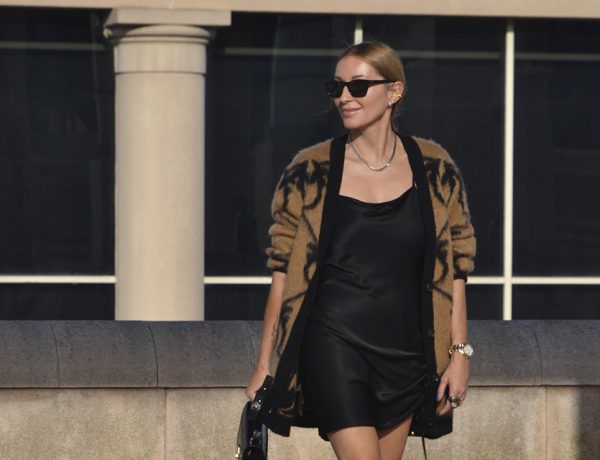 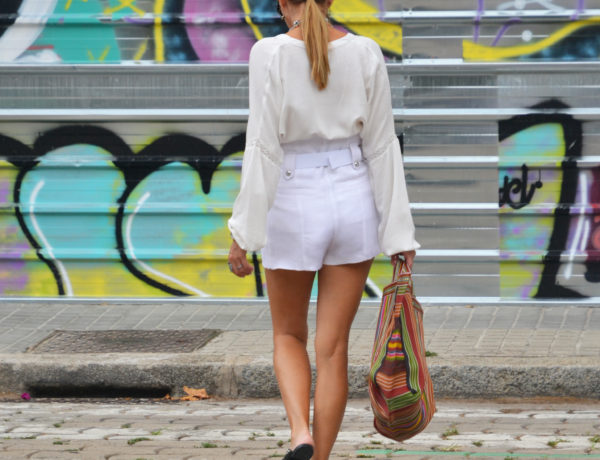 Sustainable, fresh and feminine, that’s what the soul of the Barcelona brand Ten Twelve is like.

24/7 items of clothing and accessories heading towards slow fashion

Omorovicza, the Hungarian beauty brand that captures, enhances, and applies the magic of the healing waters of Budapest in its cosmetics

Co-creating my @goldengoose Cause I’m unique. Do